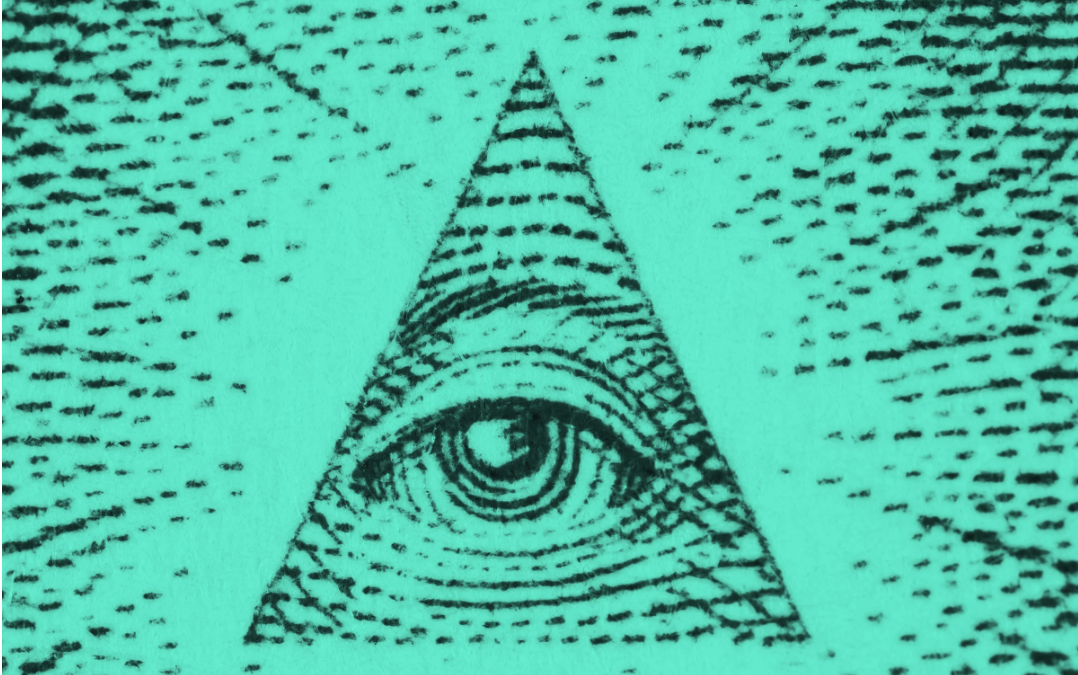 How to outsmart any conspiracy theory

END_OF_DOCUMENT_TOKEN_TO_BE_REPLACED 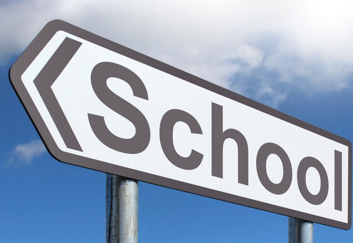 Can this academic year be saved?

There is a lot of catching up to do when the kids eventually go back. How can this be done?

END_OF_DOCUMENT_TOKEN_TO_BE_REPLACED 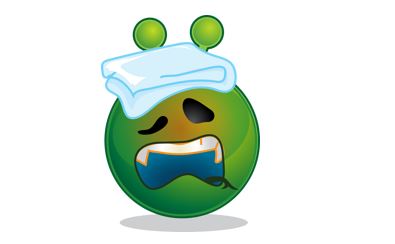 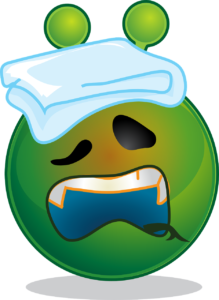 Everybody tells you that you cannot become successful without putting in the hard work. But was is this hard work that is required of us? Does this mean that we must put in long hours and keep pushing and pulling until we are there? And what is the personal cost? Do we now have to give up sleep, family time and only work? Do we reach the top, while leaving every body who is important to us, behind?

END_OF_DOCUMENT_TOKEN_TO_BE_REPLACED 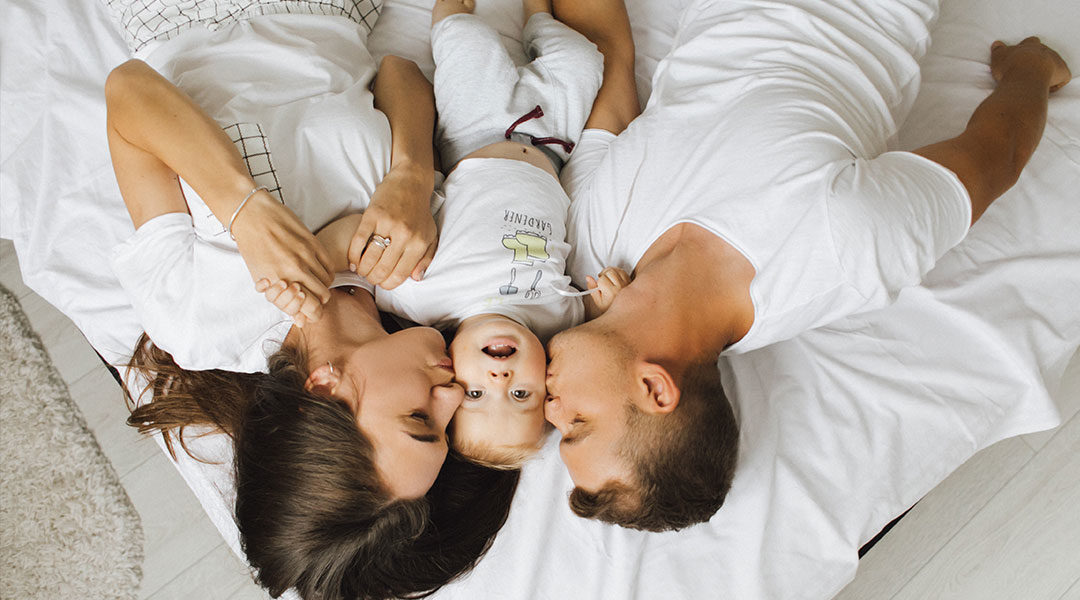 How to keep safe 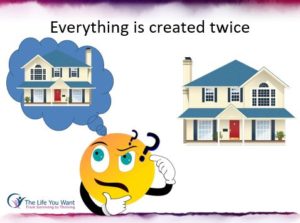 ny of us feel unsafe in South Africa with the violence and destruction that is taking place. What can we do about it? We can start by realising that everything is created twice. First in the mind and then in the physical. Everything that is in our life, we have co-created this. This includes the good, the bad and the ugly. As soon as we take responsibility for everything that is in our life, including the bad and the ugly, we claim our power back and we can do something about it. This is not about who is to blame. It is about who is going to be the solution! ​ Let me share a story with you of something that happened a number of years ago.

I had watched the DVD the movie  The Secret. It explained that we attract what we think about. With our thoughts and the emotions triggered by those thoughts, we start attracting (ask for) new experiences. The problem is that we often don’t understand what is happening, because we had forgotten what we asked for. That night the fence-alarm went off at about three ‘o clock in the morning. I knew something was wrong. Someone had entered the garden through the electric fence. They had first broken through my pre-fab wall and set the alarm off, because one of the wires broke. They were gone. Because I had watched the Secret the night before, I asked myself “W did I attract this attempted break in?” Who in their right mind would do that? Here are a few reasons I discovered:

The very next day, I miraculously I found some wall panels in somebody’s garden that I could use. I had the strong urge to paint on the wall on the outside, “Jesus Loves You!”  That is something I would not normally do, because I respect people have different beliefs. But the urge was so strong, and it made sense to me. I now fully understood how I had attracted the attempted break in. By acting on the points above,  I trust/hope I don’t have to attract it again.
On Sunday morning,  I was in a small nature reserve and I decided to go for a little walk on my own. I saw three hares, one after the other. The American Indians believe that if an animal crosses your path they have a message, so I was going to look that up after I would get home later that day.

​I said to myself “It would be nice to seem bigger animals.” I decided to veer of the main path, and climb a rocky hill. On top I saw a herd of Impala. They quickly ran away. It was a beautiful sight to see them run and jump through and over the bushes. ​ Then I said “It would be nice to see some animals up close and they don’t run away. Wouldn’t it be nice if they would even come to me?” I kept on walking and then I nearly bumped into a herd of buffalo. These can be very dangerous. I was scared. There was no tree to climb, only thick thorny bushes.. All I could do was walk away calmly. 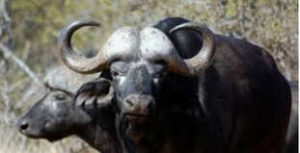 They followed me for a short while. I kept on walking and when I looked back to my relief, I saw they had stopped following me. I continued on my journey, walking onto an open grass land. All of a sudden I heard the thundering of hooves. I quickly spun around. To my horror I saw the thirteen buffalo running  straight at me. I realised I had to face them. I started praying out loud, asking for Divine protection. The buffalo stopped less than two meters away from me. I kept on talking calmly to them, while my legs were shaking uncontrollably. I talked to them about my children and told them that I want to see again. I asked them if knew the way to the lodge were I was staying. The big bull started coming even closer, but again through a Divine prayer he stopped immediately. The idea of feeling his snotty nose up against my arm was not inviting. A juvenile came up to half a meter from me, but he didn’t look threatening. Then they walked away.
After I stopped trembling, I walked in the opposite direction of the buffalo, in search of the lodge. I couldn’t see it anywhere. Then I remembered that I had asked the buffalo if they knew the way to the lodge. I turned around and started following them. Within in two minutes I could see the lodge. I thanked them and ran to the lodge.
When I arrived back home later today I looked up the meaning of rabbit, as it was closest to hare . It said “Don’t be afraid” This is now a few days after the attempted burglary. Then I looked up Deer, it said “Do things the gentle way”. So  I don’t have to go and arm myself to the teeth. Then my husband said “What about Buffalo?” Their message was … “Rely on the power of prayer!”
In Conclusion – How can we keep ourselves safe? Be aware of what you ask for, consciously and subconsciously (through your fears) Stay calm when faced with a dangerous situation so that you can Ask for Divine protection and make it a habit, so it comes naturally when you are in danger.Questions for you Do you think you are responsible for everything that comes in to your life? ​If not, what do you do to keep safe?
END_OF_DOCUMENT_TOKEN_TO_BE_REPLACED